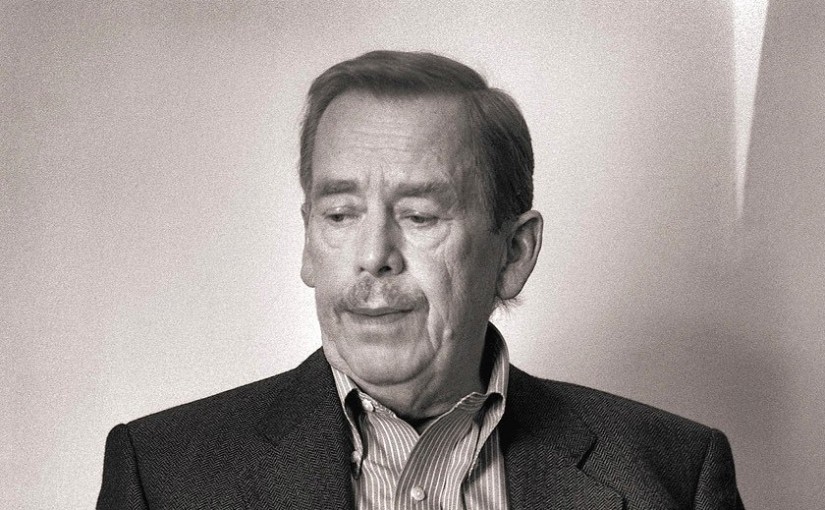 “There is no civil society; political parties are fragmented and unable to agree on pasic principles,” said former President Václav Havel, who led the movement for democracy in Czechoslovakia. He was a staunch support of Kosovo’s freedom and independence.

Dissident, playwright and former Czech President Václav Havel told KosovaLive that he has always been an advocate of the right of nations to self-determination and their right to freely decide whether or not to have their own state. The question is what such a state would be like and how it would work.

Václav Havel was the first state president to visit Kosova after the war in the summer 1999. As a well-known humanitarian before and after his political career, Havel enjoys international acclaim. He served two terms as President of Czech Republic.

Havel was born in Prague in 1936. He was imprisoned several times. In 1979 Havel was sentenced together with six other activists, to four and a half years for founding Charter 77; all were members of the Committee for the Defense of the Unjustly Prosecuted.

Havel has since withdrawn from political life. He receives friends, such as the former U.S. President Bill Clinton, former U.S. Secretary of State Madeleine Albright, and rockstar Mick Jagger, who celebrated his 60th birthday in Prague with Havel as his special guest.

“There is no civil society, the political parties are fragmented and unable to agree on basic principles,” Havel told KosovaLive.

Havel stated before that it is not the duty of somebody else to define a legal or constitutional solution for Kosova, adding that before there is any future solution to Kosovo´s status, refugees and displaced persons must have ensured conditions for their return.

“All Kosovo inhabitants must have their rights guaranteed, including the right to participate in the administration of society, the protection of cultural and historical sites and monuments of all peoples and religions in the Kosovo territory,” says Havel.

Serb theatre directors, who performed his dramas for several decades asked Havel during the NATO bombing in 1999 why was he bombing them. Havel answered that they had not done anything to him, but their regime was killing their compatriots.

Havel said that doing this to Albanians is the same as doing it to me. If anybody gets hurt, I get hurt too. This is a general principle of human solidarity, which goes beyond borders and regions, Havel told the Serb directors.

But four years after the war, the situation in Kosova has changed. Havel says that stability and safe borders with neighbouring states must be ensured.

As for the competencies transfer, Havel says that to hand over competences to self-governing institutions should not mean to merely transfer this sovereignty by UNMIK.

“It should mean to hand over responsibility for achieving the objectives set by the international administration, particularly to ensure all refugees a safe return to their homes,” he says.

According to Havel, the return of refugees and the integration of minorities should become the criteria for assessment of the local authority’s consolidation.

Originally published in the KosovaLive news wire on November 10, 2003.

Photo: Cropped from a portrait of President Václav Havel by Jiří Jiroutek (licenced under CC BY-SA 3.0)

Lawyer, reporter, and diplomat who oversaw the founding of Kosovo's foreign service View all posts by Lulzim Mjeku