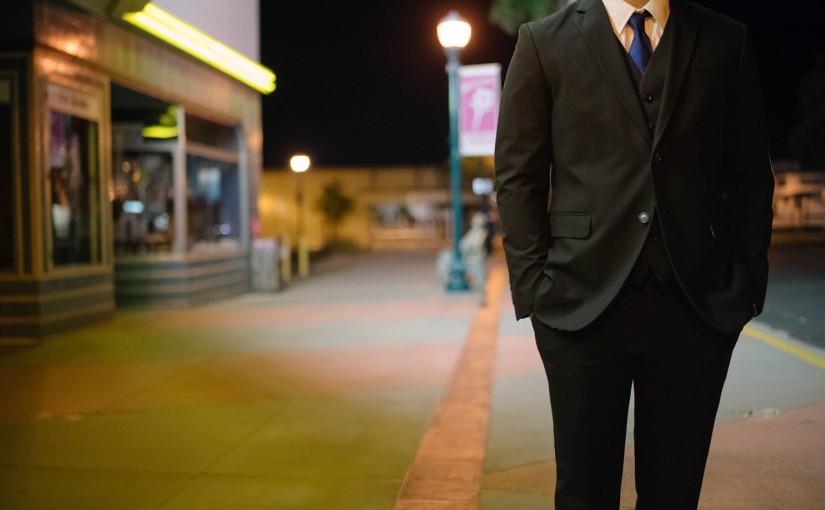 I’m telling my friend here about an expat living in Cascadia—or Cascadie, as you call it in French? Rex Dunguy. He’s traveled the world, and was one of the people who toppled communism in your neck of the woods. He does business now; he’s in IT, and a great philanthropist on the side. He’s quite a character! People just love him, seriously…

There’s an issue with him though. He talks too loud. Louder than me! In his office building, people could hear him talk three floors down, and seven rooms across the same level. Here’s on the top floor, with no one to hear him from above, but whenever workers climb up to fix something on the roof, they’ll catch the vibration, and they’ll see the pebble stones shaking from his voice. He makes everything tremble. Some say his hearing got damaged when he was in the military, firing a canon, before he even moved to Cascadia. But some say he does it on purpose, so he’d let his Cascadian coworkers know how sloppy of a job they do. Whenever he’s on the phone, and I mean landline phone, he’ll put the other person on speaker, and crank the volume up all the way. And he leaves the door open, just so that the conversation be heard across the hallways, by the next door neighbors, and all over the place.

“I don’t understand, Mr. Dunguy,” said his Indian partner. “I’ve been working on this for three years with your coworkers, and now I have a deal with you within half an hour.”

“Perhaps you’ve been talking to the wrong people, Mr. Mardu,” Rex replied in his characteristic accent. “But anyway, we gotta celebrate now soon. I have a trip planned for Europe. I’ll be visiting my son, but then I’ll head straight to Mumbai.”

Rex traveled frequently. But that particular day, he’d been held back in Cascadia for work, although he was hyphed to fly to Europe. His oldest son made his debut in professional soccer in Iberia, the most popular league in the old continent, and thereby the world.

“We’d love to see you here,” said Mardu. “And congratulations on your son’s success. Fantastic goal! We are sorry to keep you from watching the game.”

“Well, if he’d been playing cricket, we would’ve watched it together. But I truly appreciate it, and I’ll talk to you soon.”

His son scored a goal, and Rex didn’t get to see it, although the company had upgraded the cable package to include all the sports channels available, just to please Rex.

In the early minutes of the game, however, Rex’s eyes caught quite a scene on the impressive big TV screen, mounted at the top of the office wall, right by where it abuts the ceiling. While on the telephone, he had hit mute on the other tele’s remote control. But the motion picture and closed captioning—or instantaneous subtitling, as Cascadians called it—got him upset:

HERE… SHOWING ON THE SCREEN, WE HAVE
THE DELIGHTFUL MOTHER OF NEW PLAYER
DUNGAJ, WHO HAS CROSSED THE ATLANTIC
JUST TO SEE HER SON FROM UP CLOSE, A
FANTASTIC PURCHASE FOR THE CLUB…

And the “delightful mother” appearing on television was no one but 82-year-old Roxanne, the Cascadian neighbor that Rex himself—when you just can’t help it, and you want to fiddle with the wrong gadget—had asked why she wouldn’t join Rex’s wife, Amanda, on her trip to Europe.

“Holy shit!” he said to himself. “Now people are gonna think I’m married to an old woman.”

No sooner than he hung the phone with India, the ref blew his final whistle to call the end of the game, and coworkers began to pour in to congratulate Rex, one after another. The first to come in was his secretary, who works very hard, and Rex respects her as part of his family.

The second visitor was the young man that Rex picks on on a daily basis under the pretense that he is “quite inviting for a roast.” But the guy gets his fair share of revenge on Rex, too. With his feet and leg outside of the door frame, and his body somehow tilted sideways, he popped his head into the office, exposed his teeth, and while holding onto the door frame with his one hand, he raised his other hand, and pointed his index finger to his older coworker:

“Aeeeeuh!” responded Rex, releasing his gapfilling interjection, which he typically utters whenever it’s the right think to say something, to interact somehow, but no one would really know what to say.

The third to stop by was one of the coward coworkers, whose name Rex forgets all the time. And he never understands a word he says.

“Apush, push-push!” he mumbled something, and Rex couldn’t decipher it for the whole world.

“Thank you, spank you,” said Rex, with his deep, low-pitch voice, truly grateful that his colleague said nothing that requires attention and an actual answer.

Visitations became more frequent afterwards, and it was hard to tell the order in which people arrived. There were a bunch of those who pronounce Rex’s last name wrong, corrupting vowels and adding an inexistent zh sound at the end: Doongazh. Because, if you asked Rex about it, they’re idiots. “They’ll rather take a foot up their arse than let an inch of knowledge into their brains.”

People gathered by Rex’s office door and across the hallway, around the small cubicles. The company’s big shots invaded, too.

“What a lovely wife you have, Rex!” said the vice-president for finance. “How come I’ve never met her at company events?”

“No,” replied Rex, trying to correct the commentator’s error. “That’s—”

“But it don’t matter,” interjected one of the in-house lawyers. “Love knows no boundaries.”

“Thank you. Thank you!” said Rex with subtle sarcasm, realizing there was no way of telling them about the screw-up.

“No one will judge your intentions,” said another executive. “We know you, Rex. People might start out because they’re thinking about papers, but then they truly fall in love.”

“I married my first cousin when it was still legal,” said the CEO. “And here, we’re still together,” he added, while pinching the waist of his wife, whose exact job at the company was unknown, but was unofficially titled chief executive bitch.

Congratulations on the son’s success slipped into oblivion, as compliments on Rex’s wife piled up. And poor Rex was left nodding affirmatively and rhythmically alternating between thank you and f*** you, as if they were interchangeable, synonymous expressions of gratitude.

At some point the line of people came to an end. And Rex didn’t miss a second to grab his black leather suitcase, with his laptop in it, and to rush to the parking garage, to beat rush-hour traffic, and make it to the man-made land harbor, where planes docked before they tore the skies above the Atlantic grand sea. Rex had once postponed his flight because of work, and he was set to not miss it again.

Read this story in Albanian