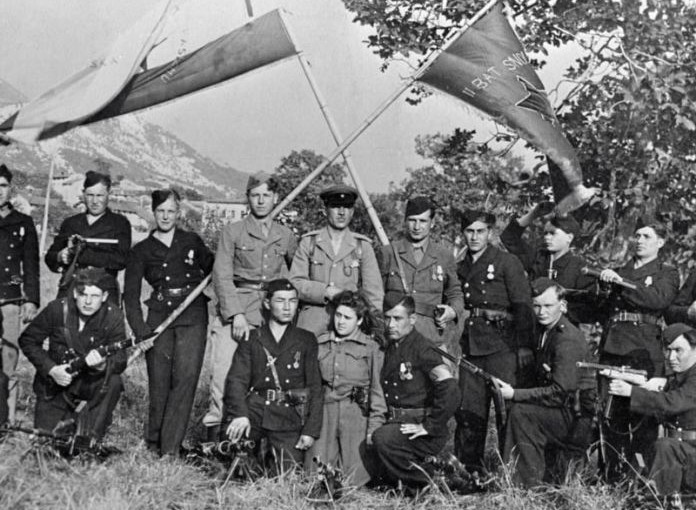 A well-known veteran and former-Yugoslav official from Montenegro, Veselin Đuranović, says Serb nationalists are strong and they’re seeking to reunite Montenegro, Serbia, and Bosnia’s Republika Srpska into one country. Đuranović, an adamant opponent of Russia’s destabilizing role in Southeast Europe, says Nato’s 1999 campaign against Serbia and Montenegro was just. “If it weren’t for Nato, there would be no Albanians left in Kosovo today.”

A note to readers who might not be familiar with the history of socialist Yugoslavia: the country had two government officials named Veselin Đuranović. Both were Montenegrins, with origins from Danilovgrad. One Đuranović was prime minister of Yugoslavia, the other was a high-ranking official in the Republic of Montenegro. The earlier died in 1997, while the second Veselin Đuranović lives to this day, and while he’s over 90 years old, he remains active in protecting Montenegro from Serb hegemony, Russian influence, and efforts by Chetniks (Serb nationalists) to rehabilitate Nazi collaborators.

Đuranović is a wellknown antifascist from Montenegro, and has been awarded almost all possible decorations for bravery in the partisan war against Nazis and Chetniks. After World War II, he became a high-ranking officer in the security sector and a minister in the Montenegrin government. In an interview with Bosnian magazine Dani, Đuranović spoke about Russian and Serbian tendencies to weaken Montenegro and prevent it from joining Nato. Đuranović says that Serb Chetniks are trying to use Russia’s help to reunite Montenegro, Serbia, and Republika Srpska of Bosnia, but “they’ll fail again. The Balkan peoples are indeed stupid, but not that stupid […].”

I must say that Montenegro is fortunate to have Milo Đukanović as leader in 2016. He said ‘no’ to the Russians! In early 1990s, when Đukanović played along with Slobodan Milošević, I was openly against him; once he abandoned that game, I supported him. Because, to save a small country and a warrior people from war, to restore its independence with the power of the pen, to make a Nato member—this is an unprecedented wonder. What the Montenegrin people did on October 16 is a historic response of the kind Tito gave in 1948.

Đuranović told Dani that there were many Montenegrin leaders who sided with Stalin 1948, and some of them rushed to the mountains to fight against the ruling Communist Party, while others escaped to Albania, where Enver Hoxha’s regime remained loyal to Stalin.

Montenegrins looked up to Russia as the lord, even though Russians—excuse my language—have screwed us quite well, keeping us a warrior tribe of theirs, whose help they would use to do whatever they pleased in the Balkans. Serbs also had the same rapport as we did, but unlike Montenegrins, Serbs haven’t learned their lesson yet. What Montenegro has done now is important because it confirms that some things have changed here, too. Never again. No pasaran!

The World War II veteran says that Chetniks have always had a majority in Serbia. He notes that Tito accepted July 7th as the day of Serbia’s uprising against the Nazis, even though “God knows whether the killing of two gendarmes in Bela Crkva happened as it was presented to us.” According to Đuranović, “Chetniks are stronger, even today. Who wishes to unite Montenegro, Serbia, and the Republic of Bosnian Serbs with the help of Vladimir Putin’s Russia? The Chetnik voivodes would like to turn us into a Russian province.”

Đuranović praises recent Prime Minister Milo Đukuanović for opposing calls to rehabilitate Chetnik figures in Montenegro. As an example, he mentioned the foundations of a memorial for Chetnik war criminal Pavle Đurišić, which were destroyed by the government.

Veselin Đuranović has been a longtime supporter of Montenegro’s membership in Nato and the European Union. In a townhall meeting with citizens a few years ago, Đuranović called Nato’s intervention against the Federal Republic of Yugoslavia, which consisted of Serbia and Montenegro, as just. Someone, according to him, had to stop Slobodan Milošević. “If it weren’t for Nato, there would be no Albanians left in Kosovo today.”

A site dedicated to Albanians and world citizenship. Founded on November 28, 2012. View all posts by Plisi