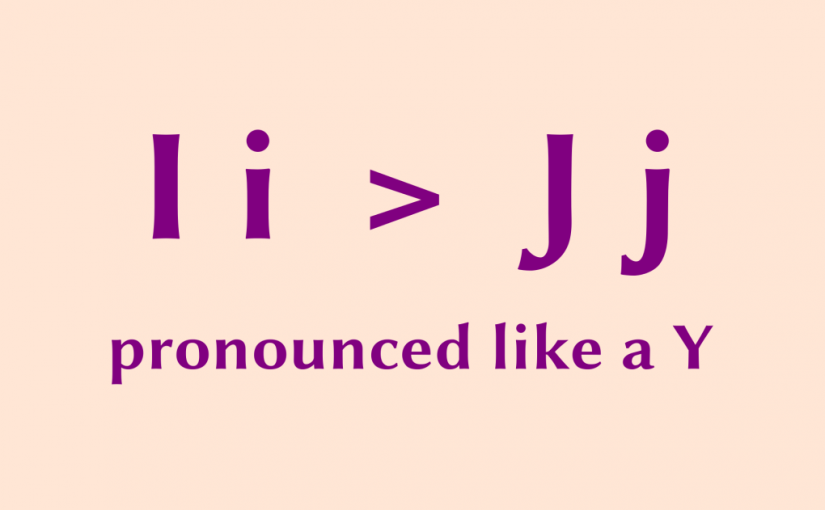 The letter J looks like an I. And it’s derived from I. So pronunciation comes close to it, too. Latins used I exclusively for the vowel /i/ (pronounced as ‘ee’) and the vowel-like consonant /j/ (pronounced like the ‘j’ in my last name). Then, in the Middle Ages, the wise Germans—the titular nation of the Holy Roman Empire—invented the letter J. It was initially just a variant of I, but eventually developed into a separate letter for the /j/ sound.

German and Albanian, among other European languages, have kept the original values for the letters. But J became a /zh/ in French, /dzh/ in English, or /kh/ in Spanish, simply because those who spoke those tongues began to say /zh/, /dzh/, or /kh/ instead of /j/. English went the furthest, as it experienced what is called the Great Vowel Shift, too. And the I (or ‘ee’) of continental languages became /ai/ in the Britannic isle.

That’s not wrong per se. Most languages retained some historic spelling, while pronunciation changes from one generation to the other. But it is just wrong to think of letters as perpetual constants defined by solely one language. In a globalized world, the Latin alphabet should be taught and learned as the alphabet of all nations.

(Copying and redistribution allowed under the terms of the Creative Commons Attribution-NoDerivatives 4.0 International license)